The 10 Best Furry Anime You Need To Watch Now

What Is A Furry Anime?

Just in case you’ve been living under a rock, anime are Japanese animations and in quite a lot of them you can find humanoid / anthropomorphic creatures working alongside the main character. Whether it be to beat some unimaginably powerful force of evil or to find the meaning within, you can find some furry friends along the way in a lot of anime like Pokemon. But we’re not interested in the anime where these animals get sidelined for the main character to steal the limelight, furry anime are anime where the protagonists are the animals.

Kuma Miko is a 2016 comedy that tells the story of Machi Amayadori, a 14 year old girl who has spent her entire life living in the mountains with her guardian Natsu, a talking bear. Natsu is, as you could imagine, opposed to leaving their home but, getting sick of life in the mountains she believes she is ready to pursue a life in the big city and attend a high school. Is she ready for the urban lifestyle? What does Natsu even know about high school after spending so many years in the mountains?

You can watch this show on Funimation or, like a lot of the entries on this list, Crunchyroll. 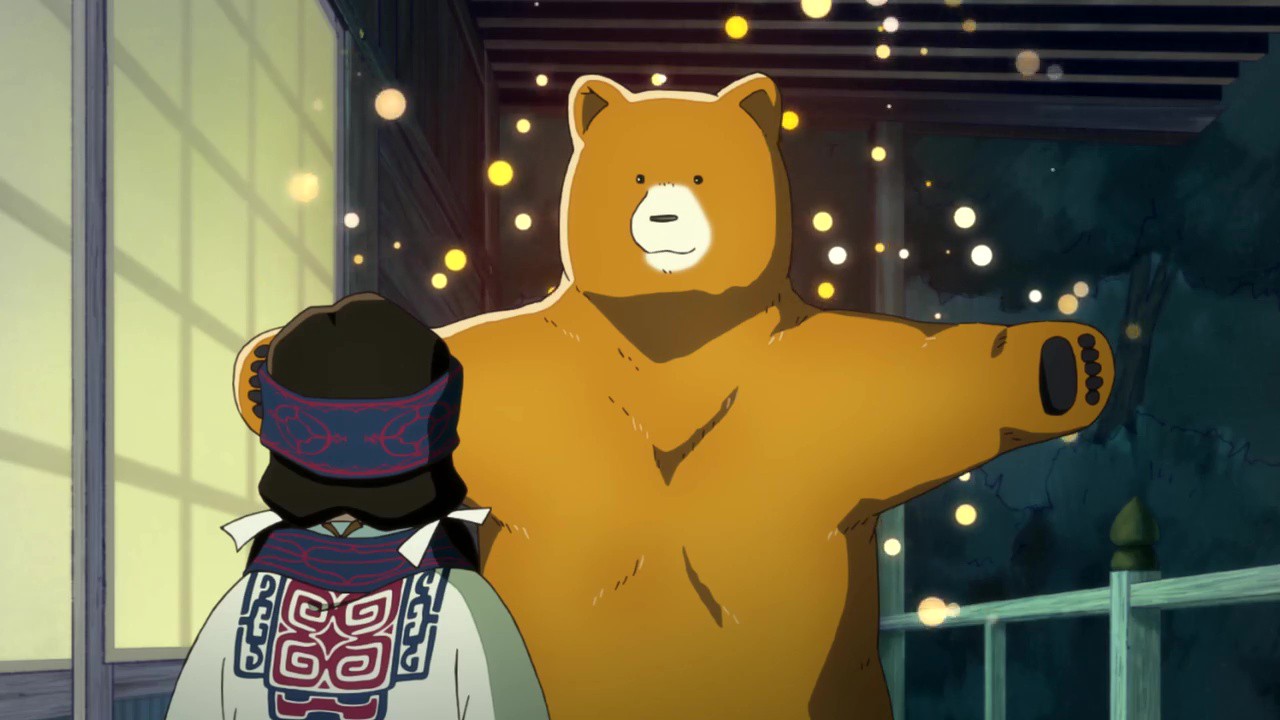 Hyper Police is a 1997 sci-fi comedy set in the distant future of the Tokyo ward of Shinjuku. It predominantly follows the lives of three characters: Natsuki Sasahara, Sakura Bokuseiinmonzeninari and Batanen Fujioka in a world where humanity is one the brink of extinction, the only thing holding it together being the work of rivaling private police organizations. Natsuki is a half human, half cat (more specifically nekomata) who works for Batanen’s police organization, Batanen is a werewolf and senior officer at said police company and Sakura is a kitsune and partner of Natsuki for some time. Can they stop the relentless crime of Shinjuku?

Unfortunately Hyper Police is not available on Crunchyroll or any major streaming platforms for that matter.

BNA: Brand New Animal is an 80s influenced 2020 action, sci-fi anime beaming with neon lights in its vaporwave aesthetic revolving around a world in which humans coexist with what are known as Beastmen. These Beastmen are discriminated against for a gene called Beast Factor which allows them to transform into animals. The show follows the life of a girl called Michiru Kagemori who suddenly became a tanuki beastman after a blood transfusion, as you do. Following her blood transfusion, her friend Nazuna Hiwatashi is abducted, so naturally, she runs away, seeking refuge in Anima City, a safe haven for beastmen where she meets an employee of the city mayor, Shirou Ogami. Together they investigate what caused Michiru’s random transformation. As their investigation continues, the conspiracy of Anima City thickens, uncovering the darkest secrets of their society.

BNA: Brand New Animal is licensed by and available to watch on Netflix. 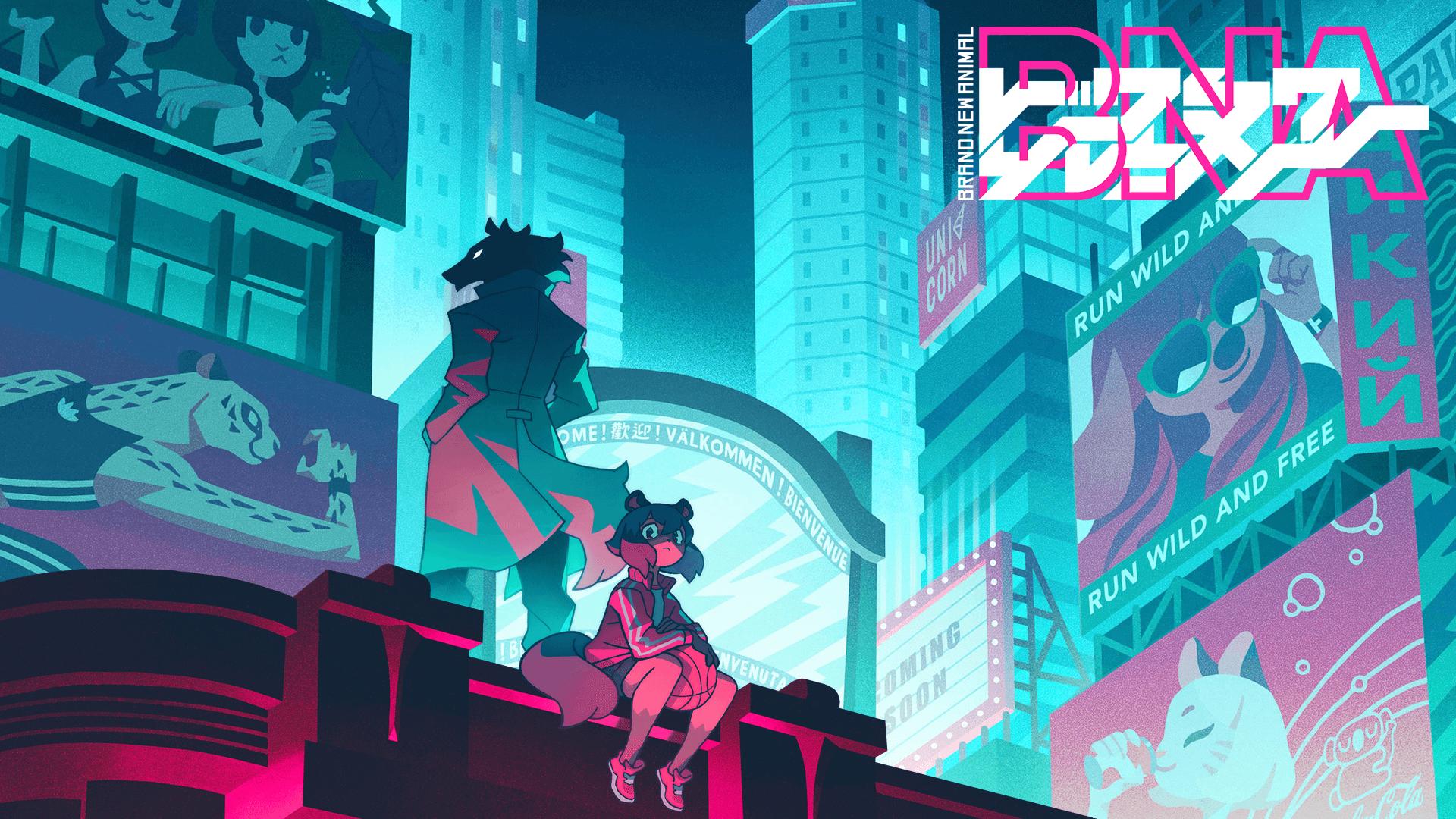 Also known as African Office Worker, African Salaryman is slapstick comedy following the monotonous 9-5 office life of a lion, a toucan and a lizard as they get caught up in far from normal office life antics. Being animals from the Savannah, you could probably imagine that office life isn’t perfectly suited for them and they make this no secret at all as a lion struggles to commit to his diet, a lizard attempts to learn party tricks to impress his coworkers and a toucan can’t wait for his summer vacation away from the old ball and chain. Everything about this show doesn’t make sense and its perfect like that, because it’s not supposed to.

You can watch African Salaryman on Funimation. 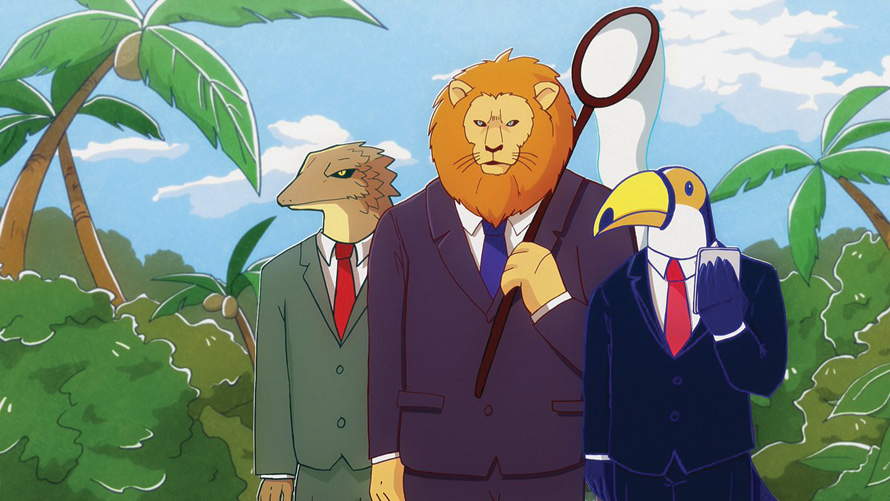 The Lion, The Toucan and The Lizard From African Salaryman

This show is kinda like reverse Zootopia. This 2005 comedy, in its almost chibi art style, tells the story of the “useless” wolf Uruno, who, rather than being unable to repress his savage desires, is actually unable to hunt and kill and is told he does not have any of the traits of a wolf. As a result of his timid behaviour, he’s sent to live in the forest with other equally “useless” animals where he meets Ushara, a loud mouthed and borderline aggressive rabbit. On his travels, Uruno meets several other animals who just do not fit the behaviour that is expected of them, like a clumsy cheetah, a devilish unicorn and a near-sighted eagle. Together they must work to regain their animal instincts and live up to their names. 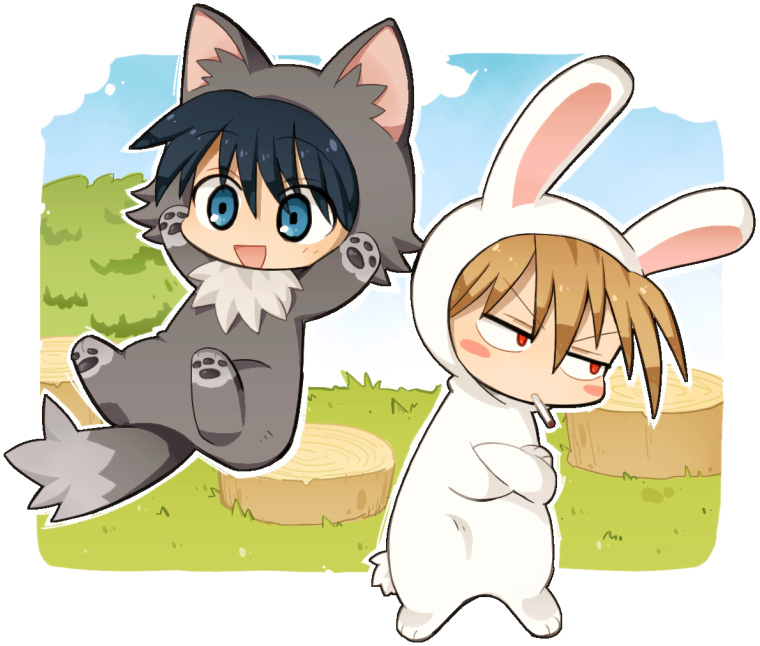 Gleipnir is a 2015 action, horror anime that slightly blurs the line between furry anime and just any other anime. It tells the story of high school student Shuichi Kagaya who gains the ability to transform into a giant dog. This doesn’t just look like a normal dog though, it looks more like a massive dog fursuit with a zipper and a comically large smile stuck on its face. Shuichi finds a girl in his class, Claire Aoki, whose sister was responsible for killing her parents and as you could probably guess, it’s Shuichi’s duty to correct this injustice with his new-found powers.

Gleipnir is available to stream on Netflix, Crunchyroll, Funimation, Prime Video and Apple TV. pretty much as long as you have some sort of streaming service you can watch it. 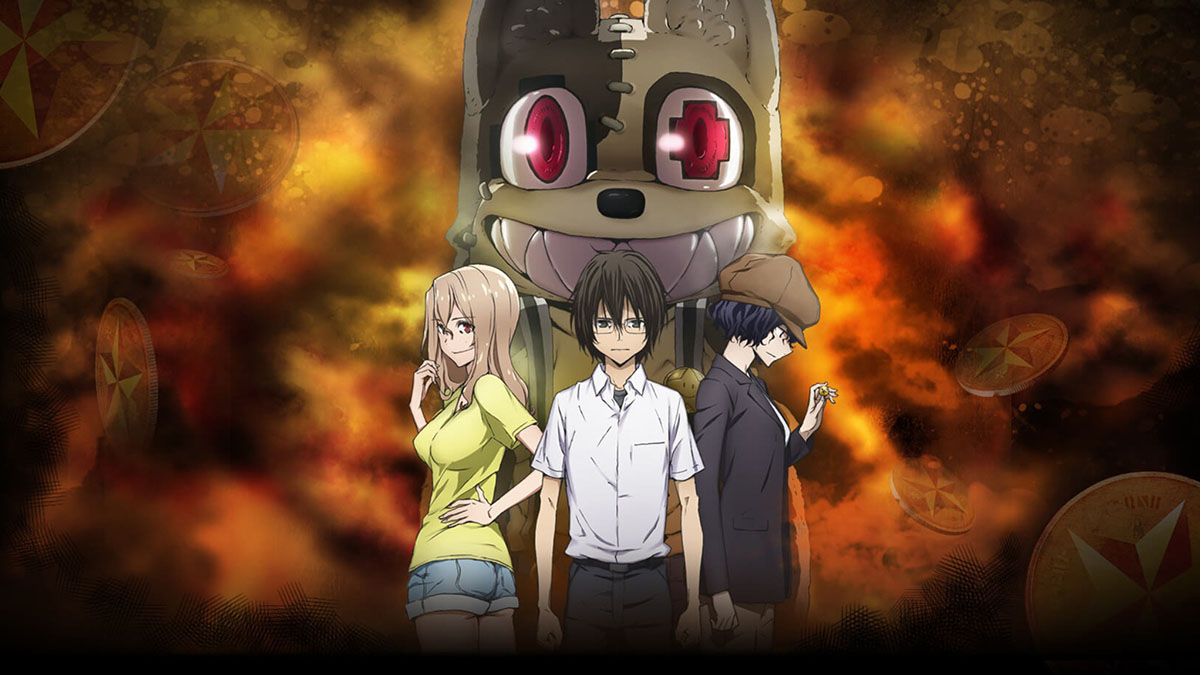 Spice and Wolf is a 2008 romance, adventure anime, set in the medieval fantasy world of… I’m not really sure they never specify where they are. All you need to know is, this place is reminiscent of Runescape. Anyway, it’s a story about Kraft Lawrence, a traveling merchant who, upon his travels, meets Holo, a legendary wolf deity. They join forces and travel this vast and expansive world, going from town to town to do both business and solve the problems the locals are facing. This show is driven more by its characters and dialogue than its plot. Just watching the two wander from place to place, conversing oblivious to how ridiculous their circumstances are makes for a great watch.

Spice and Wolf is available to watch on Funimation, Netflix and Crunchyroll. 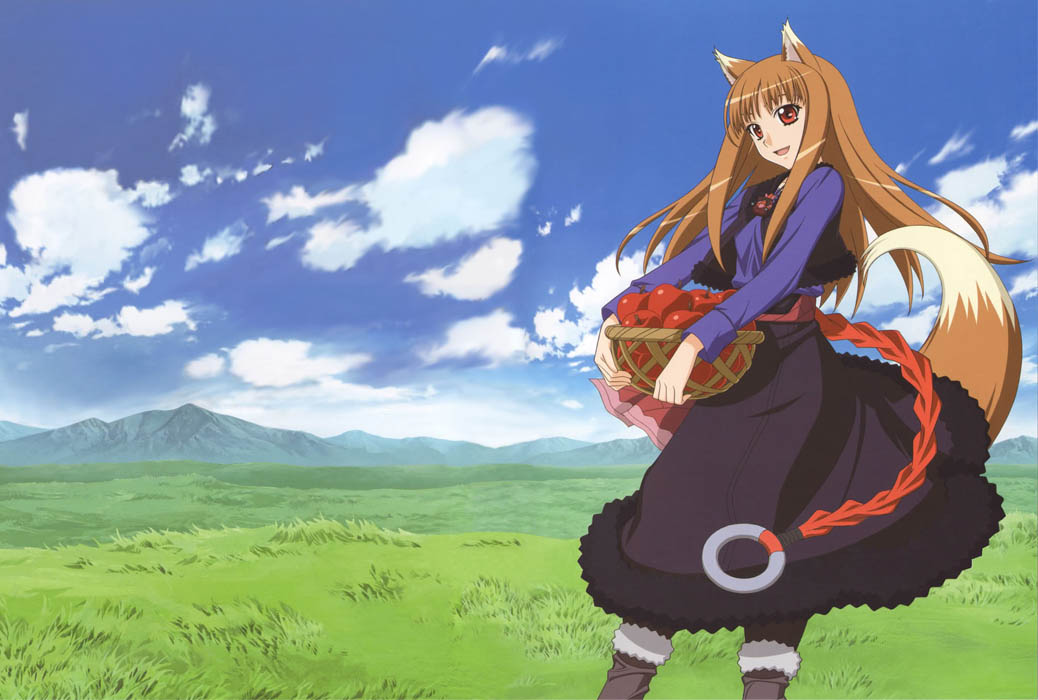 It’s hard to pin Inuyasha down to a specific genre, it’s more just a light-hearted easy watch. It’s got action, it’s got romance, it’s got comedy, it’s got adventure, it’s a bit of a jack of all trades. It is a 2000 furry anime set in modern day Tokyo, following the life of Kagome Higurashi, a teenage girl. This is where things get a little crazy. On her 15th birthday, Kagome is dragged into an “enshrined Bone Eater’s well” by a centipede demon whilst looking for her cat. Still following? Okay, good. Instead of hitting the bottom of the well, Kagome is transported to a parallel universe in 16th century Japan. In this universe the centipede demon that dragged her into this place was killed 50 years ago by a warrior priestess Kikyo who she seems to be the reincarnation of. She joins forces with a fox demon, Shippo and several other characters to collect fragments of a jewel scattered across Japan.

So, if you’re at all interested in finding out more about what the hell is even being described, it is available to stream on Hulu. 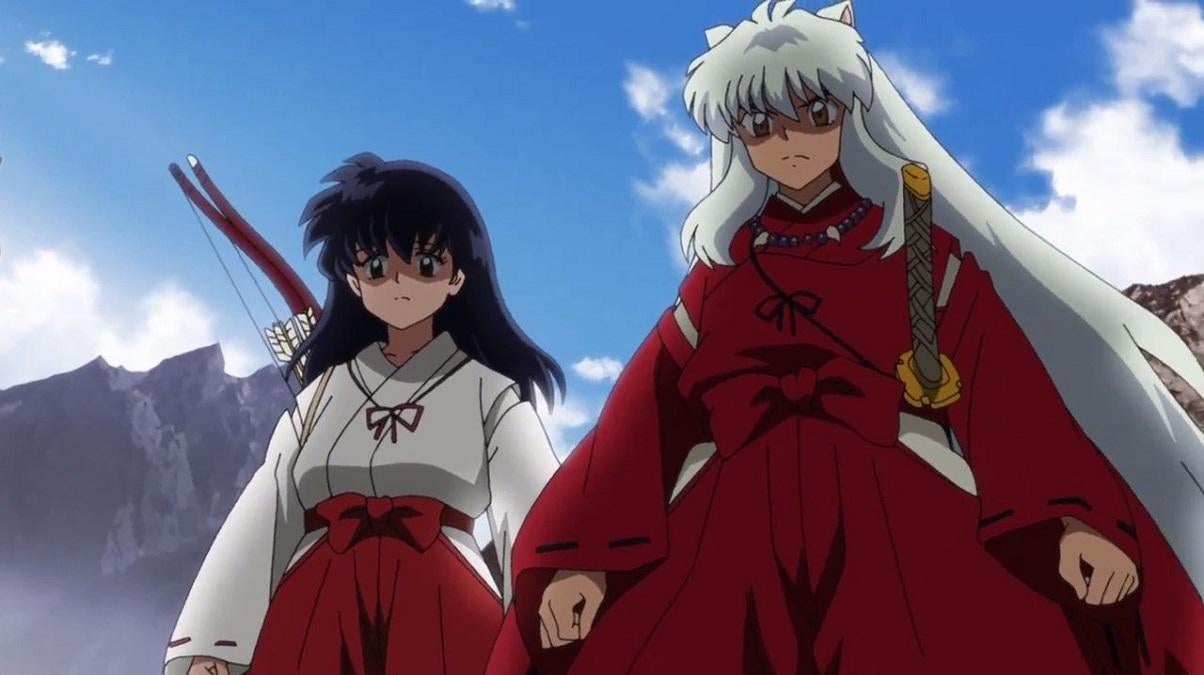 Shirokuma Café, directly translating to “White Bear” Café, is a cute 2012 slice of life anime that revolves around a cafe that is literally run by a polar bear. When the local animals finish their shifts at the zoo, they come down to Shiroku Café to unwind (as well as a few humans sometimes). These animals include a panda, a penguin, a llama, a grizzly bear and so many more animals. As for the plot, it kinda just follows the daily lives of these animals and the antics they get up to, yet it manages to remain entertaining through pure charm through its hilarious dialogue and beautiful animation. Just watching the animals interact on a daily basis is enough to make for a great show. If you’re at all into furry anime, then you might’ve seen this one coming, but the hype surrounding this Netflix original is just undeniable. With an over 94% rating on Rotten Tomatoes, Beastars is a 2019 coming-of-age drama that tells the story of a world completely populated by anthropomorphic animals, however, a cultural tension lies between the herbivores and carnivores. The show mostly follows the life of Legoshi, a large but timid gray wolf who attends Cherryton Academy. Herbivores and carnivores alike can attend this school but there is a clear divide. However, tensions drastically rise after the brutal and mysterious murder of Alpaca, Tem. In searching for answers, Legoshi uncovers the turmoil of the herbivores and carnivores of Cherryton Academy.

Given that it’s a Netflix original, Beastars is only available to watch on Netflix. 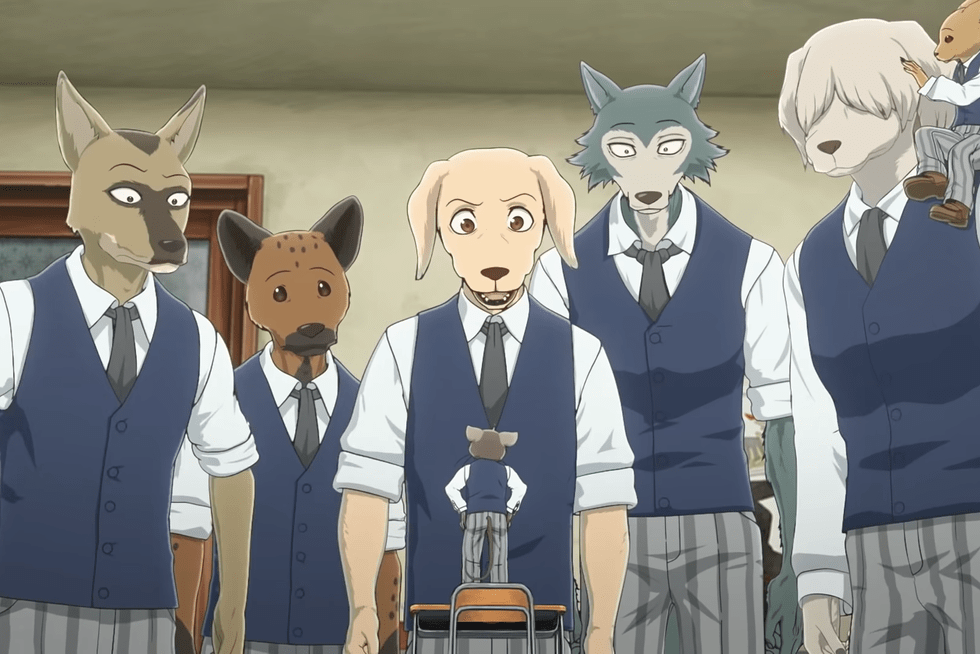