If you’ve been living under a rock for the past 5 years, then you might have no clue what this article is even about. Not to worry, we’ll catch you up to speed on everything you need to know about furry discord servers before we jump into the 5 best servers.

In short, Discord is a communication service that allows its users to message, voice and video call, stream their screens etc. You can use it to chat with friends, meet new people and most importantly build communities. One of the main features of Discord however are servers; they’re like group chats but for potentially thousands of people, with hundreds of text channels for hundreds of different subjects. Thousands of great communities have been built just through discord, and furry communities are no exception.

Discord’s emphasis on individuality and innovation, allowing its users to have unique banners, animated profile pictures, assign roles to a server’s members, unique permissions for specific roles, assistant bots, listening parties and more gives users almost complete freedom to do whatever they want. This makes it ideal for building and maintaining large communities.

Image by PCMag via PCMag

Then, What’s a Furry Discord Server?

As you might’ve been able to guess, a furry discord server is just a discord server exclusively for furries. While there is no way of verifying whether or not someone is actually a furry or just a troll, this issue is rectified pretty quickly by discord’s handy permanent ban feature. As well as this, most furry discord servers go through a validation process that makes users discuss their likes and dislikes, fursona (if you have one), age etc.

Where Can I Find Them?

With that in mind, there are plenty of places you can find furry communities for yourself if you aren’t happy with the list we offer. Websites such as discord.me provide a database of hundreds of thousands of discord servers and categorize them based on their tags. It’s also a great place to advertise your own server, not even necessarily a furry one, if you are trying to build your own community. Pretty much any server with a platinum subscription you can be sure is legit, but you’re here to find the best of the best. Sites like top.gg , discordservers.com and disboard.org all also provide the same service.

Why Should I Join a Furry Discord Server?

Meeting New People: With that whole pandemic thing going on, something that has become increasingly difficult is meeting new people, let alone people who share your interests. Furry discord servers (any discord server) essentially puts you in a room with thousands of people who share the exact same interest as you. Given that mainstream media is typically hostile to the furry fandom, furry discord servers provide a safe space to meet new people where you can be pretty sure that you aren’t just being used as the butt of a joke.

Share Your Art: Although sites like Furrafinity and DeviantArt allow you to share your art with others, none of them really allow for live discussion about your art like discord servers do. Sure you can read comments or whatever, but with furry discord servers that typically have a dedicated art channel, users can send any of their art and discuss it, whether it be praise or constructive criticism. It’s a great way to improve your fursona or get inspiration if you are looking to make one.

Take Part in Events: If you are looking for a way to keep up to date on upcoming furry events such as meetups or conventions, then a discord server is perfect for you. With access to thousands of furries, it’s easy to ask for recommendations on events to go to or ask about what to expect from one if you’ve never been.

Gaming Communities: Sometimes finding the right people to play your favorite games with can be really difficult, luckily discord caters more towards the gaming community than anything. A lot of furry discord servers have a gaming sub-category within them for fellow furries looking to play games with each other.

Unlike a lot of servers, furry discords are a lot more scrupulous with who they let in. Thanks to their extreme marginalization by mainstream media, they can get quite a bit of hate. Because of this, a lot of servers will go through a similar process to verify your furriness.

Sidenote, many servers have an introduction channel where you can introduce yourself to other members while you wait for your request to join the server to be reviewed. Now, let’s get into the list. 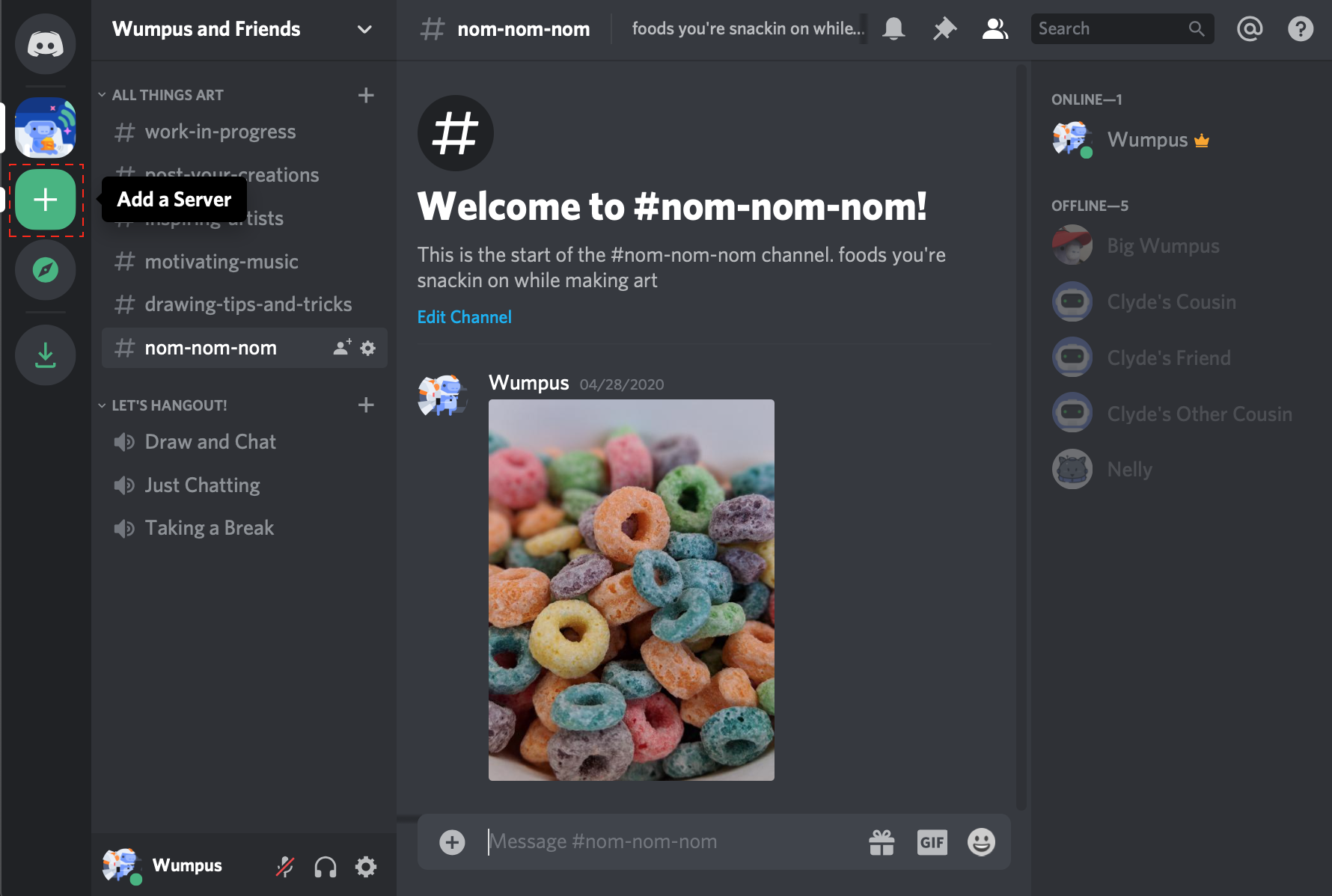 Image by Discord via Discord

If you, like me, don’t want to spend hours waiting for verification to get into a server, then Paradox Paws is perfect for you. They are a lot more lenient with their verification process while maintaining a non-toxic community that is pretty welcoming even if you are unsure how you feel about the furry fandom. Some members in the server aren’t even furries but just supporters of the community! This makes the server great if you are new to the furry fandom as there is no elitism about how long you have spent in it.

Looking for a movie or games night? Paradox Paws has your back with their weekly games and movie night.

Much like Paradox Paws, they don’t have a particularly grueling verification process either, you simply have to explain what was appealing about the server to you and whether or not you are a furry. Of course they are less likely to let you in if you aren’t a furry, but they are pretty welcoming regardless.

If you’re a Discord Nitro user, Furr Cafe has some of my favorite custom emotes including some great animated ones. Also, Thanks to their dedicated roleplaying channel, this server is great for any furries who’ve been looking for a safe space to roleplay with hundreds of others. Or, if that doesn’t tickle your fancy, this server has a pokemon bot… you can literally play pokemon on discord with this bot. Pokemon will randomly appear in the text channel and the first person to type the catch command can catch it. You can battle other furries with your teams and trade pokemon, it’s really cool.

The staff in this server are really helpful as well, joining a new server can be a bit confusing but if you just ask, they are quite often happy to help with any issues you’re having. Some of the members are even musicians and

Furry Forest is one of the less safe for work entries on this list due to its NSFW art channels. It’s also one of the smaller communities but they describe themselves as an environment “away from the chaos of other fur servers” and that they are. With only 600 people, this server is much quieter compared to the previous three and entry into the server isn’t really difficult at all.

They’re also pretty frequent with art giveaways for members who are willing to invite a friend as entry into the giveaway! 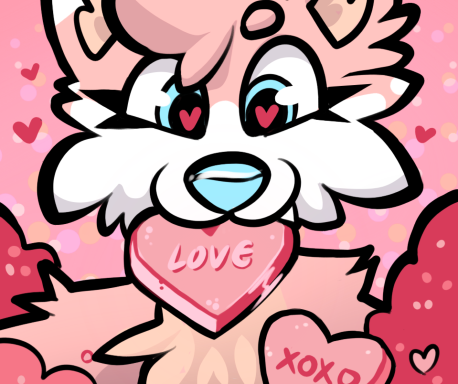 Illustration by Furr Cafe via Discord.me

This one was tricky because it was (from what I found) the hardest server to get into. However, this difficulty is not without reason, they claim to have, and I’m still not entirely sure how this works, a “Zero-Raider Entry System”. Regardless of whatever Tony Stark technology they have running behind the scenes on this server, it is the safest space for furries and non-furries alike to express their interest. Furry servers, more than any other discord servers, get raided like crazy whether it be homophobic or transphobic attacks. There is an absolute zero-tolerance policy on top of the scrupulous verification that you have to go through. If you’re looking for a safe place to hunker down and just let your hair loose on discord, West’s Haven is your best bet.

They even have personalized roles, an art channel, a dedicated events team, and a “no-drama guarantee”.

How Do I Start My Own Furry Discord Server?

Starting a discord server of your own is the easy part. Growing a community of your own however can be a bit more challenging. If you are looking to start a large community like the ones listed above, you need one of two things: pre-existing clout or a good reason for people to join. Here’s some steps you can take to start building the server.

Of course this isn’t a guaranteed route to success, luck will always play a big factor on whether or not your community is thriving, but those are just some of the steps you can take to increase your chances of success greatly.

Illustration by West’s Haven via Discord.me

Are There Any Discord Alternatives?

If, for some reason, you have no interest in using Discord, there are several text-based communities out there that are equally if not bigger than some of the aforementioned Discord servers. Social media like twitter, reddit, even VRChat, has some great furry communities. Here’s just a few of the furry communities in each.

Twitter: While its often joked that twitter is just a toxic cesspit, you can find some really loveable people on there. Some good users to follow if you’re looking for safe furry communities on twitter would firstly have to be Furry Valley. They have their own Discord server and telegram if that tickles your fancy. They have a big gaming community under their belt as well, more specifically Animal Crossing, Pokemon and Rainbow Six Siege. Also, Furs Of Color serves a more specific purpose because, as you could probably guess, it’s a community for furries who are also people of color. It does the same thing as pretty much any twitter community, but is specifically inclusive of people of color.

VRChat: With the growing popularity of VTubers, this is an exciting one to discuss because things start to get really interesting. Although VRChat is less accessible to those who don’t have a PC and such, some of the communities on this game are just buzzing with personality. Firstly, there is TailBass which is a virtual dance coordination group that has live furry DJs playing in VRChat. If that isn’t brilliant enough, they created an event called HexFurryfest, which is a virtual furry rave that takes place two times a year. There’s also RubberDragonLabs which a bit more on the NSFW side of VRChat as its a community centered around the artwork of Jackie Demon who depicts a rubber species of furry, in… let’s just say… compromising positions.

Now go and join a furry community and explore this beautiful, furry world!