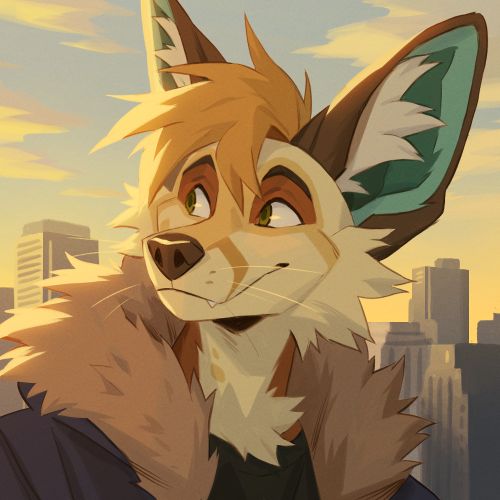 We’ve explored this question in quite a few posts now, but this post should cover everything you need to know about furries from the subculture to the communities. The Ultimate Guide To Furries if you will.

Where It All Began

A furry, in its most basic form, is just a person who likes depicting people as animals. Of course that’s a criminal oversimplification of it, but for the sake of explanation this is where we’ll start. This interest can range from drawing furry art, to dressing up in a fursuit and meeting up with other furries at conventions. Being a furry dates back as far as 1976 in which two cartoonists began creating “animal-focused art” that tackled more adult themes and in one work “”Omaha” The Cat Dancer” depicted the animals having explicit sex. 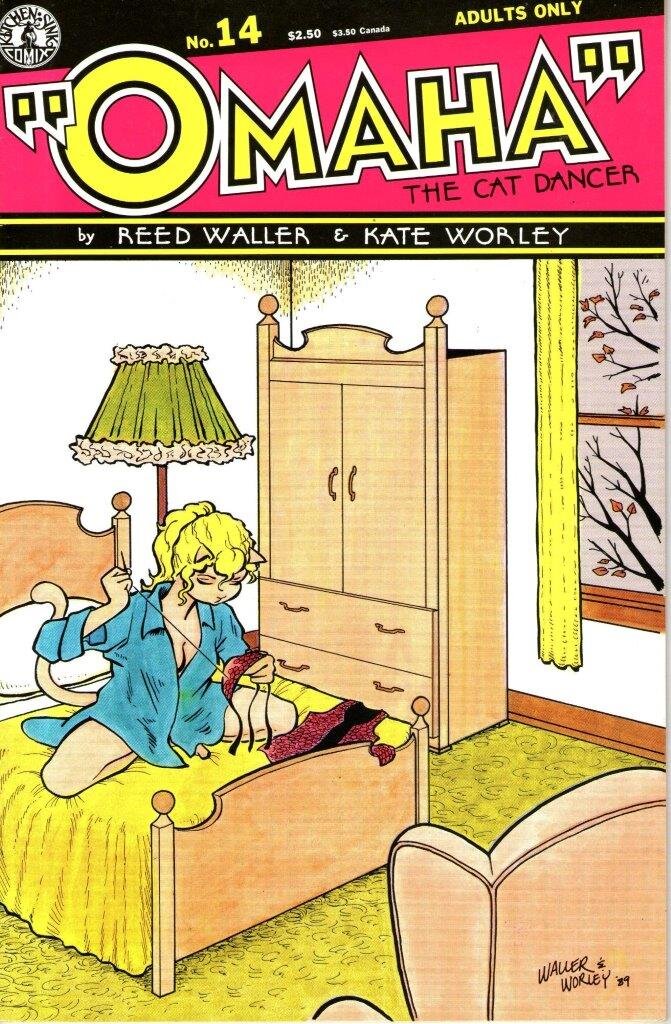 Illustration by Reed Waller via LuckyTargetComics

Where Did The Term “Furry” Come From?

The term furry wasn’t coined until 1983 and was used to describe “the organized appreciation of art and prose regarding… fictional mammalian anthropomorphic character” and while it’s argued its roots stem back as far as 1965 on the release of Kimba, The White Lion we’ll try not to be pedantic for arguments sake. The term began to distinguish a clear difference between fans of “funny animal” and people who are more interested in the personality and sexuality of the creatures (which are furries).

By 1989 the community was big enough to organize the first furry convention: Confurence 0. Shortly after, followed several more conventions such as Anthrocon, Furstasticon and many more Confurences. These conventions gave furries an opportunity to meet new people and share their art, sketchbooks and short stories in a time before the internet was so prevalent.

A Brief History Lesson Of The Furry Fandom

Within the following decade, the internet allowed the community to skyrocket in popularity, connecting furries from all around the world as opposed to just locally. Then the first online furry newsgroups began to form in the early 1990s such as alt.fan.furry. At this point there was no stopping this furry freight-train as text-based roleplaying sites such as MUCK (1990) and MUSH (2000) were created by furries to connect more people. They acted more like text channels than they did games but only made meeting new furries even easier. Now, the furry fandom is bigger than it has ever been, with thousands of Discord servers, Twitter users and subreddits, joining a community is easier than ever. 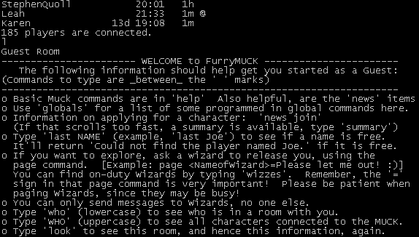 Photo by Wikiwand via Wikiwand

How Does Someone Become A Furry?

What does it mean to be a furry?

Being a furry nowadays is such a fluid term that more often than not, it comes down to what you consider a furry (within reason of course). However, chances are, if you enjoy creating fursonas, drawing and sharing furry art, meeting other furries, you’re probably a furry. The easiest way to “become a furry” would probably be to start participating in online communities and forums like discord servers or subreddits. If you make furry art, share your art with them, they will be completely supportive of it and may even be able to help you with making your art even better.

How do I get involved in furry communities?

Although this is kind of a guide to making friends in general, talk about your interests with them, what kind of music you like, your hobbies, your favorite movies and they’ll likely entertain the conversation. While this might not make you a “furry” per say, it’s a way of getting involved in the community and getting a better understanding of what a furry is.

Why Do People Make Fursonas?

For those of you who don’t know, a fursona is essentially a “furry-themed avatar” that a furry most identifies with. You’ve probably seen them used as a display picture on someone’s social media if you have ever checked out a furry community, but why do people make them? 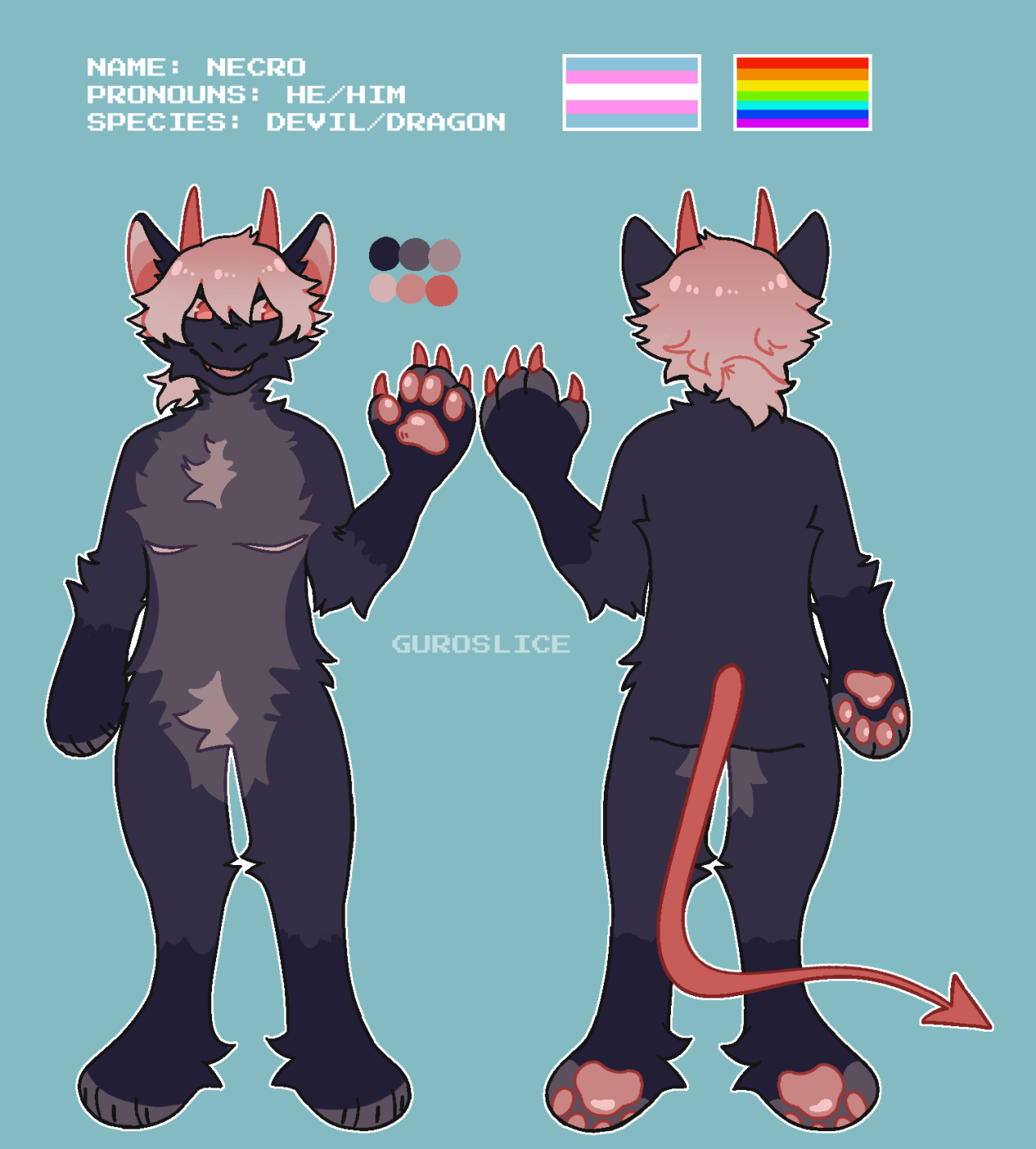 Illustration by Guroslice via tumblr

The 3 Main Reasons To Have A Fursona

There are three main reasons a furry may have a fursona:

Self-Representation: In a community that’s constantly growing, finding individuality in it can become increasingly difficult. Having said that, some people make fursonas simply for personal use, just as an expression of their imagination, without ever using it within the fandom. Having a fursona is a great way to join the fandom and introduce yourself easily to other furries. Some even have reference sheets for their fursonas that describe their fursona’s quirks, physical and personality traits, hobbies and interests, etc.

Expression Of Imagination: Some people who make fursonas never intend on using them as their own fursonas. Others would even go as far as saying they aren’t furries but they just like drawing fursonas. As far as they’re concerned it’s just another piece of art and has no implication on their involvement with the furry community.

Fursona Commissions: Some artists make collections of fursonas that they have on standby so that they can sell them to anyone who browses it. This is more for people who can’t make a fursona themself and just want to have one that they can call their own and kinda bleeds into the self-representation sub-heading.

What’s The Difference Between A Furry And A Fursona?

In short, a furry is a person who may have a fursona; they are interested in anthropomorphic creatures with human characteristics. A fursona on the other hand is just a visual representation of that furry’s personality.

Illustration by Guroslice via tumblr

What Do Furry Communities Even Do?

In its most basic form, furry communities, whatever site it may be on, are typically places for furries to meet other furries. There is a lot of overlap with what most communities do and there are also some very niche communities so we’ll briefly cover what you can expect to find in the average furry community.

Roleplay: Roleplaying is a fundamental part of most text-based furry communities. It just means to pretend to be an animal in some made-up situation, and act as that animal would. Read more about it here. Although it’s less common on sites like reddit and twitter, it’s pretty prevalent on discord servers. Furry communities provide a place for furries to roleplay or at least introduce furries to other furries they can roleplay with.

Gaming: Although it may not come as a surprise, there are thousands of gaming sub-communities within the furry community. Most furries want to play their favorite games with other furries and to be honest, if you just search “*insert game here* furry community”, you’ll likely be able to find a community for you. Alternatively you could join a furry gaming discord and ask the people there what games they play and if they’d be interested in playing with you.

Then, What Is The Furry Fandom?

Furry fandom and furry community are pretty interchangeable terms. Both are just ways of referring to furries as a collective. The main difference is that furry communities can be specific to a community, like furry discord communities, whereas the fandom always refers to all furries.

Why Do Furries Get So Much Hate?

There’s a whole plethora of reasons that people hate furries, we’d be here all day if we were to address every reason. However, for the most part, furries get loads of hate because it’s just acceptable to hate them. For some reason, mainstream media consistently advocates for individuality and self-expression, as long as it’s within the guidelines of what’s “normal”. As soon as someone or something exceeds these invisible boundaries, it is acceptable to profusely hate that thing. The exact same thing can be seen with the My Little Pony or Steven Universe fandoms, they get unequivocal hate for having a certain interest, simply because it’s acceptable to hate it.

That One CSI Episode

One of the most crucial and notorious examples of furry hate in mainstream media would have to be this episode of CSI. If you don’t already know, CSI is a forensics crime drama based around Las Vegas criminologists. They go around solving grisly murders and stuff, the whole crime show shebang. However, for some reason, in 2003, they released the fifth episode of the fourth season, “Fur and Loathing”. You can already tell by the title that this isn’t going to go down well with the furry fandom.

The plot of the episode goes like this. The two main characters are investigating the death of a driver who allegedly crashed into an eighteen wheel truck. In the process of investigation they also find another victim, a man, a raccoon fursuit. So, the clearest move was to throw on some fursuits and antagonize a furry convention. The whole episode just paints furries as horny perverts hiding behind a furry mask and the colporate isn’t even found at the convention, a man shows up at the station claiming he was kidnapped? I’m not even sure what the point of the furry subplot was apart from a chance to make fun of furries, but to each their own.

Long story short, the episode received a lot of backlash from the furry community for painting them as twisted perverts and nothing much really came of it. Is Being A Furry Something To Be Embarrassed About?

Of course, we don’t believe that being a furry is something to be ashamed of. Like most people, furries have a hobby and they are free to express that however they wish. Yeah, it’s trendy to hate on them as of right now, but that doesn’t make being a furry something to be embarrassed about. There seems to be some overlap with people’s perception of zoophiles and furries which definitely contributes to this hate. Lots of people think furries want to have sex with animals or that they want to have sex in their fursuits and while there definitely is a fraction of the community the latter may apply to, there are rabbit holes in every community. Also, the first one is a literal crime, so we of course do not endorse zoophilia.

There is no sexual implicaiton of being a furry, which seems to be what most people think. There are just as many completely clean furry communities as there are NSFW furry communities. In fact, there are several communities that do not tolerate NSFW content like mentioned in our list of the 5 best furry discord servers. Even if you do want to join an NSFW community, there’s no shame in it. If you are really worried about someone finding your account in a certain community, it isn’t that much of a stretch to make an alt account and join as many communities as you want.

However, there is no bigger colporate of pumping out furbait than Pokemon themselves. You could make an argument with the release of Hazbin Hotel (which is borderline furbait) or Five Nights at Freddy’s: Security Breach that there are some new contenders for the most furbait, but they don’t come close. Every single generation of Pokemon is just a furbait goldmine, just look at this ranking of the best pokemon furbaits, Muk is on there. How does Muk even count?